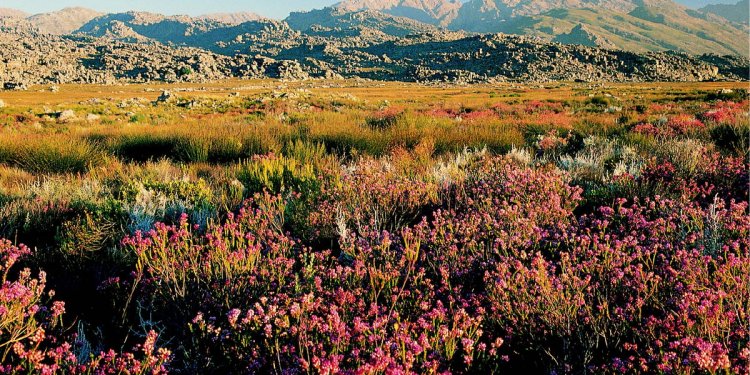 The National Environmental Management Protected Areas Act (31 of 2004) (NEM PAA) provides for the protection of ecologically viable areas that are representative of South Africa’s natural biodiversity and its landscapes and seascapes. A national register of all national, provincial and local protected areas is established under the Act, and those areas are managed in accordance with national norms and standards. The Act further provides for intergovernmental co-operation and public consultation in matters concerning protected areas and also for the continued existence, governance and functions of South African National Parks (SANParks), the overarching national conservation agency in South Africa.

Acquisition of land for protected areas, both by the State and SANParks, is provided for in terms of the Act, as are financial provision for such land acquisition. Mineral rights may be acquired or cancelled by expropriation by the Minister in protected areas.

Administrative arrangements for the implementation of the Act and the definition of and penalties are set out in the Act. It is emphasised that this Act must be read in conjunction with both the National Environmental Management Act and the National Environmental Management: Biodiversity Act, where the controls on the management and utilisation of species are established.

The National Environmental Management: Protected Areas Bill was released for public comment on 6 December 2003. The closing date for comment was 31 January 2004. The fact that the public participation process coincided with the summer holiday period drew widespread criticism from various NGOs. Despite this, several alterations in the Act are testimony to the fact that the public’s voice was not only heard, it was taken into account when drafting the final legislation. Municipalities, for example, may not withdraw the status of a protected area and there has to be increased public participation around the deproclamation of protected areas. In addition, the Act cross-references itself to other pertinent legislation, so making it more accessible to the public.

A consistent and significant criticism of the legislation is that categories of nature areas is reduced to only four, which is an oversimplification and is in conflict with international practice (the IUCN recognises six categories). The narrowness of these four categories has the effect of failing to address conservation partnerships with private, communal and civil society structures. There are no incentives for conservation on private land. The Act also fails to take into account the value of ecological services in the determination of the value of protected areas to South Africa. Public participation in management decisions concerning protected areas is not enshrined in the legislation. This is unfortunate, as it serves to remove a sense of ownership from ordinary citizens, and yet it is on this very sense of ownership that the future health of the South African environment relies.

Although the Act firmly entrenches the State as the guardian of protected areas in South Africa, over time, it has become apparent that the State believes that such protected areas should generate the necessary funds for their management and protection through an array of commercial activities and systems of crosssubsidisation between protected areas. This is unfortunate, as there is a very real danger of shifting the focus from environmental protection to profit-making.