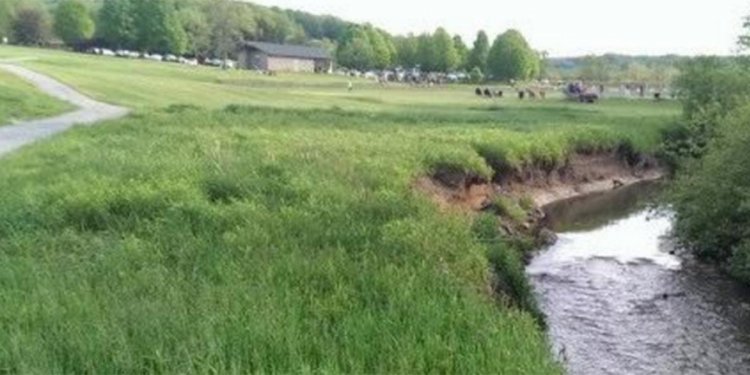 President Obama’s nomination to the U.S. Supreme Court, Judge Merrick Garland, has a record on the D.C. Circuit Court that environmentalists should celebrate. He is almost always deferential to agency interpretations of statutes, including environmental ones (SCOTUSblog has a good summary of his record through 2010 on agency deference). When he has not deferred to the Environmental Protection Agency he has sided with environmentalists. And he has ruled in some significant cases that at least suggest he is likely to uphold the President’s signature climate initiative, the Clean Power Plan.

In American Growers Ass’n v. EPA, 291 F.3d 1 (D.C. Cir. 2002), an industry group challenged EPA’s rules for reducing haze and increasing visibility in national parks. The D.C. Circuit threw out the rules but Judge Garland dissented. This decision seems highly relevant for litigation over the Clean Power Plan. Here’s why. The haze rules, as they are known, share some similarities with the provision of the Clean Air Act under which the Clean Power Plan is issued (Section 111d). Like Section 111d, the provision requiring haze rules is based on the cooperative federalism model so prevalent in the CAA: EPA issues regulations that guide states, which are then required to develop plans to implement the regulations. Similarly, the haze provision of the CAA focuses on “sources” of pollution that impair visibility in national parks just as 111d is focused on existing sources of pollutants not otherwise regulated by other parts of the statute. The regulations at issue in American Growers would have required states to group together sources within a geographic area to determine the appropriate technology to require the sources to install in order to improve visibility in the affected national park. So the challenge to the haze rules, like the challenge to the Clean Power Plan, focused to some degree on EPA’s interpretation of the word “source.” Industry argued that the haze rules impermissibly grouped sources together without determining whether requiring an individual source to install technology would actually contribute to the improvement of visibility in a national park. Two members of the panel hearing the case agreed with industry and struck down the rule. Judge Garland dissented from that portion of the opinion. He argued that EPA’s interpretation – allowing for the grouping together of sources in determining whether installing technology on those sources would improve visibilitly – was reasonable under the Chevron doctrine. His opinion focuses on important considerations EPA took into account, including the fact that grouping sources together would save both significant time and expense and was recommended by a National Academy of Science report. Garland’s rationale in the American Growers case is important in signaling that he is likely to defer to EPA’s judgment about the best way to regulate sources under Section 111d.

Garland’s opinion in another case, American Farm Bureau Federation v. EPA, 559 F.3d 512 (2009), demonstrates that he will not, however, allow EPA to ignore science when doing so would harm public health. In that case, he struck down EPA’s standards for both fine and coarse particulate matter on the grounds that EPA had not sufficiently explained why it adopted a less stringent standard than its staff and certain studies recommended, and because one of the standards was insufficiently protective of the health of vulnerable populations. This case found the EPA regulations to be “arbitrary and capricious” for ignoring the science (the challenge was not based on whether EPA impermissibly interpreted ambiguous statutory language, as the American Growers case was and which is a central part of the Clean Power Plan challenge). The case demonstrates that Garland has interpreted the Clean Air Act to maximize environmental protection.

And finally, Garland upheld the highly contentious mercury rule — requiring power plants, forty plus years after the enactment of the Clean Air Act, to reduce hazardous air pollutants — against multiple challenges and arguments, mostly from industry but also from environmental groups. The portion of the opinion in White Stallion Energy Center v. EPA holding that EPA did not need to take into account costs before deciding whether to regulate hazardous air pollutants from electric generating units was subsequently overturned by the Supreme Court in . The remainder of Garland’s very long and technical opinion remains good law. It demonstrates, again, significant deference to EPA both in its interpretation of ambiguous language in the Clean Air Act and in its technical determinations about how to craft regulations. Judge Garland and his colleagues have also — after being overturned in part by the Supreme Court — refused to stay the mercury rule pending new EPA analysis (and Justice Roberts agreed with them this time).

One note of caution about Garland’s environmental record. He has, in at least one case, ruled against environmental plaintiffs on the grounds that they lacked standing to sue over the National Park System’s failure to adhere to certain statutory requirements and deadlines. In The Wilderness Society v. Norton, 434 F.3d 584 (D.C. Cir. 2006), the D.C. Circuit found that the Wilderness Society members whose affidavits were used to establish standing failed to show that their injuries would be redressed by a ruling in their favor, one of the elements required to establish standing. The court also suggested that the Wilderness Society had failed to establish injury in fact for some of its members but rested its decision on the redressability requirement. The decision is not a particularly radical one in failing to find standing — the case involved the Park System’s failure to produce a report and provide a description of the legal boundaries of Death Valley and the court found that the production of the report and description would not do anything to redress plaintiffs’ injuries. It also relied on Supreme Court precedent that would seem to compel the court’s ruling. And Garland has found in favor of environmental organization standing in other cases that demonstrated he is willing to find standing even in tough cases. These include National Parks Conservation Association v. Manson and Center for a Sustainable Economy v. Jewell. But it’s nevertheless worth noting that he hasn’t always sided with environmental groups in standing cases (and indeed he ruled in favor of the government and against the environmental plaintiffs in the Center for a Sustainable Economy case involving offshore oil leases, demonstrating again that he is largely deferential to agency decision making.)