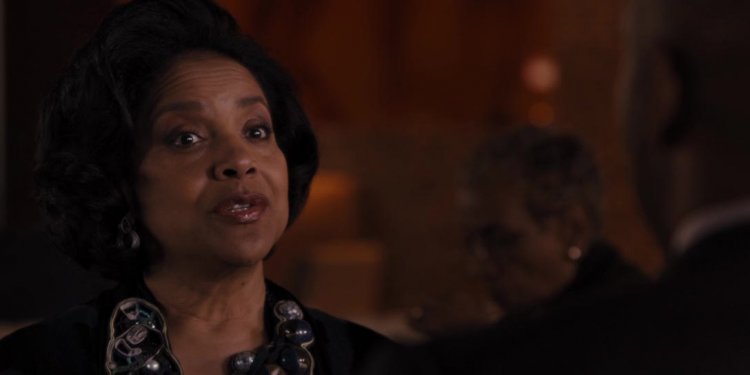 Mr. Deeds goes to right where you'd expect him to in a Tyler Perry film.

There's some actual good news with regard to Tyler Perry's Good Deeds (as with most Perry films, Perry's name is part of the title in the press sheets accompanying the release): it is not a remake of Mr. Deeds Goes to Town, a classic that has already faced the ignominy of having been desecrated once with the appalling Adam Sandler remake. And in terms of the Perry oeuvre, a corpus of films that seems to propagate like the Tribbles of that old Star Trek episode, Good Deeds is at least slightly less noxious than other Perry outings. Perry's films are routinely not screened for critics before their theatrical exhibition, and much the same holds true for their home video releases; screeners almost always show up a good week or so after the release date. Why, you might ask? Well, the answer is clear: the marketing people promoting Perry's films know that there is a built in audience for any given Perry offering, and they don't want naysayers getting in the way of those opening weekend box office receipts or similarly opening week sales once the films hit Blu-ray and/or DVD. Good Deeds therefore did the expected more than respectable business in its theatrical exhibition and is currently sitting comfortably in the Top 1000 Blu-ray releases on Amazon, so no mere niggling analysis from this or any critic is probably going to upset the money cart, which might indicate that the marketing mavens' decision not to get product out there pre-release is a needless one. On the other hand, the routinely impressive returns Perry typically sees with all of his projects points out a major flaw in his approach: he's like the Ford assembly line of directors, churning out cookie cutter projects that seem to exist for no other reason than to bring in the moolah and keep his coterie of a repertory company gainfully employed. Despite its relative decency, that's the overall feeling generated once again by this latest Perry offering, a film that at least attempts (unsuccessfully, unfortunately) to stay away from nonstop melodrama, but which can't help but fall into the rut that Perry seems all too willing to dig for himself.

As with most Tyler Perry films, a brief summation of the characters and plot set up will suffice to give a pretty reasonable roadmap of where the film is going, due to that selfsame rut that Perry seems so intent on mining. Perry portrays Wesley Deeds, a decent enough guy who reveals in some voiceover narration as the credits play out that his life has been dictated to him by his parents and as a dutiful son he's done what he's told, with the result that he's very successful but feeling unrealized as a human being and wondering just exactly whose life he's actually living. Wesley is so buttoned down and predictable that his fiancée Natalie (Gabrielle Union) quietly predicts under her breath what Wesley is about to say with unfailing accuracy.

Wesley's family is (surprise!) extremely dysfunctional, and includes his troubled brother Walter (Brian White), who has lost his driver's license after a string of DUIs, and Wesley and Walter's imperious mother Wilimena (Phylicia Rashad), a woman who knows what's best for her boys and isn't about to let little things like what they want for their lives stand in the way.

Meanwhile a comely janitor for Deeds' company finds herself in a serious situation. Lindsey (Thandie Newton) is facing eviction, something that will once again uproot the young worker and her adorable daughter Ariel (Jordenn Thompson). Thinking she can stave off the landlord if she can get to the Deeds Corporation to pick up a paycheck, she rushes to the corporate headquarters and ends up taking Wesley's reserved spot in the company parking lot. That of course sets up the "meet cute" which will bring Wesley and Lindsey into contact with each other.

So there you have the building blocks: an uptight, overly controlled man under the thumb of his mother and about to marry an equally controlling woman, and a homeless free spirit who is defensive about her straits but who still is able to sense the joy in simply being alive. Is there even the slightest doubt about how all of this will end up, albeit after having gone through the requisite sturm und drang that is so typical of virtually every Perry project?

There are a couple of unexpected choices in Good Deeds which at least partially tip the scales away from outright predictability. First of all, Perry moves away from his preferred stomping grounds of Atlanta to site the film in San Francisco, and there's some lovely location photography that rather scenically utilizes the gorgeous City by the Bay. But perhaps more importantly, Perry has toned down some of his melodramatic elements, at least in terms of fiery showdowns a la Madea. There are certainly melodramatic elements in abundance throughout Good Deeds, but it's as if Perry has finally realized that the sheer drama of living and facing life's tribulations can be enough, and doesn't need any pointing up with needless hyperbole.