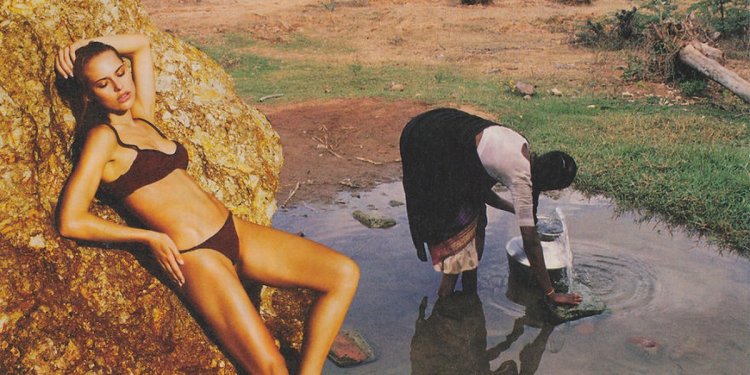 Brazil is a solid option. You'll find beaches and waterfalls and jungles and sunshine. And you'll find blank stares when talking about the Broncos.

A lot of blank stares.

I talked with Georgiana, a 30-something Brazilian. This was the first of my discussions with Brazilians about football. It was a preview of the talks ahead.

She had no idea the Broncos had won Super Bowl 50 to become champions of a world that barely knows they play. She never had heard of any of the Broncos' various celebrities.

She is a fan of Patriots quarterback Tom Brady. Brady is married to mega-star model Giselle, who was born in Brazil.

"That is one reason I like him, you know, " Georgiana said.

Georgiana giggled when talking about Brady.

Why else is she a fan?

"He is very good looking, " she said.

Football gets lost in translation. It's our national game. It's not any other nation's game and never will be.

First, let's get this straight: I love football. I was raised by a father who adored the NFL, the USFL, the XFL, the Canadian League, the college game and the high school game. He was fascinated by the strategy of my 6-year-old son's flag football games. He paced at the end of dramatic Bronco games. He was too excited to sit.

We, as a nation, love football. The Super Bowl shuts down America for a day while close to half of our population gathers to watch in bars and living rooms.

But most of the world fails to embrace the game Americans love so much. Basketball travels abroad with profound success. Football fails to make the same journey.

You can go to southern Africa and engage in a serious discussion about the merits of LeBron James. Trust me on that one, because I've enjoyed such discussions.

Or you can find yourself in a Rio subway standing next to a Brazilian wearing a Carmelo Anthony jersey. This has happened to me twice on this trip.

You will seldom see orange No. 18s in Rio or southern Africa or anywhere else in the world.

The world's reluctance to watch football has nothing to do with anti-Americanism. Basketball is more purely American than any other sport, and hoops has conquered the globe.

In many pockets of the world, cricket is beloved. Same with rugby. Americans have long been, and long will be, resistant to the charms of cricket and rugby. A devoted cricket or rugby fan would encounter many blank stares while searching for fans in America. A few sports travel. Most sports don't.

After encountering blank stares from a collection of Brazilians, I met Stephen. He's an NFL fan. He plays fantasy football.

"Without much success, I am sorry to admit, " he said with a grimace. You're not alone, Stephen.

He often visits Miami and follows the Dolphins.