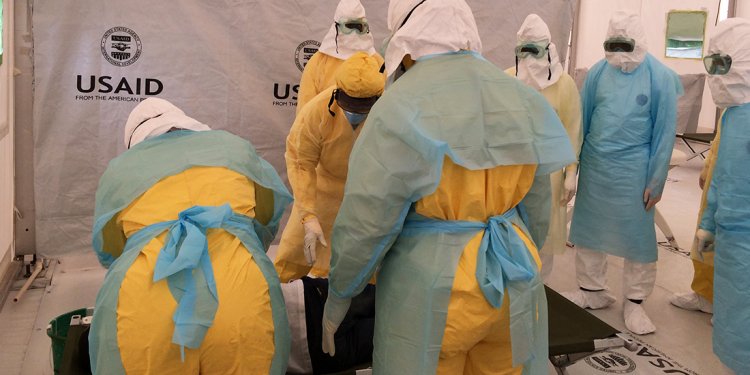 I asked yesterday what readers considered the most important diseases in history. This was prompted by a new ASM Press book, Twelve Diseases that Changed Our World, written by Irwin Sherman.

As I mentioned, Sherman included many diseases readers expected–plague, cholera, tuberculosis, smallpox, syphilis, malaria, influenza, yellow fever, and AIDS. He didn’t include a few that popped up repeatedly in the comments–leprosy, measles, and typhoid (or typhus, for that matter). While I think a study of these could have been illuminating (especially leprosy, since much of the stigma attached to that disease still resonates even in modern society), Sherman notes than an exhaustive study of diseases would have been “mind-numbing, ” and that wasn’t his goal in writing the book. Rather, the book is “…about the we have or should have learned from our past encounters with unanticipated outbreaks of disease and how such understanding can be put to use when future outbreaks occur.” More after the jump…including the diseases Sherman chose that most readers missed.
Sherman gives his rationale for choosing the diseases he did: diseases that “…have shaped our history and illuminated the paths taken in finding measures to control them.” It’s for the former reason that he included the three diseases I wouldn’t have originally considered: porphyria, hemophilia, and potato blight. Obviously the first two aren’t big in terms of mortality, but Sherman argues that these diseases, because of their presence in European royalty, influenced the history of England, Spain, Germany, Russia, and the United States. Could, for example, the Bolshevik revolution have been avoided if the royal family had better genes?

Potato blight, of course, doesn’t infect humans–but the effect of the blight on the potato crops and the resulting famine in Ireland led to a million deaths and the scattering of the Irish across the globe, changing especially the political landscape of the U.S.

The remainder of the topics cover “the usual suspects:” infectious diseases that have had high mortality and typically large effects on society. While much of the descriptions of the rest of these diseases will likely be familiar to readers here, the historical and cultural context Sherman puts them in–and the larger downstream effects they’ve had in history–are valuable additions. Sherman also includes relevant digressions in many of the chapters, briefly introducing the basics of immunity and vaccination in the chapter on smallpox, for example, or discussing Paul Ehrlich’s search for treatments for a variety of infectious diseases in the syphilis chapter.

I do have a few criticisms. First, Sherman’s prose is a bit dry. Perhaps this is because he’s a scientist, or perhaps it’s more pronounced to me right now because I’m simultaneously reading another book where the writing sparkles a bit more, but the book has a flavor somewhat in between a text book and a “regular” popular science book: accessible to the layman, but lacking pizzazz, I suppose. He’s uneven in explaining some concepts as well, and has a few outright (but relatively minor) errors in the influenza chapter. Here he still claims that there are 15 instead of 16 hemagglutinin types, and puts heavy emphasis on the pig as a mixing vessel for strains of the virus, with more limited discussion of direct jumps from birds to humans. He also appears to confuse quarantine with isolation in the influenza chapter, suggesting that quarantine won’t work for influenza because patients are infectious prior to the development of symptoms. This is, indeed, why isolation doesn’t work well, but quarantine is precisely for those exposed but asymptomatic–so those in the shedding phase could be identified and put into quarantine prior to infecting others. It’s a minor nitpick and certainly isn’t something that would bother the average reader, but as an American Society for Microbiology (ASM) Press book, I expect higher standards.

Finally, a big limitation of Sherman’s book is its focus mainly on Western history and civilization. Granted, he does talk about Africa in some segments, but his treatment of the east is pretty much non-existent. (China, in fact, only shows up in the index regarding influenza pandemics). It’s too bad, because a book that brought all that together–different diseases through history and its effect on *worldwide* culture–would have been a more useful book, in my opinion. Nevertheless, Sherman’s book is a good primer for those looking for a concise overview of the effect various diseases have had on our political and social history–with a few novel nuggets for those of us who are already widely read on this topic.