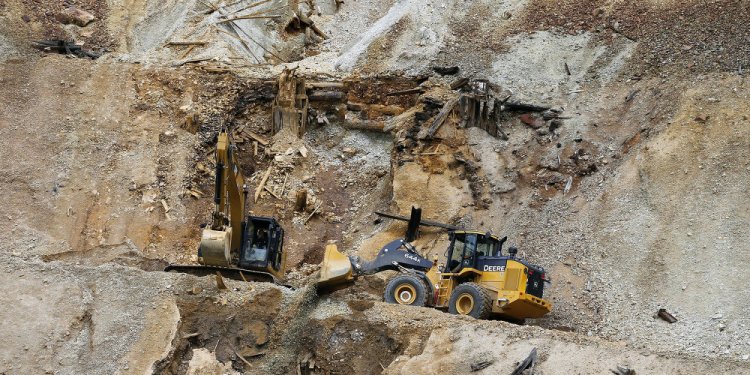 After learning about the, and, get involved and sign up with one of the following green organizations. This list is certainly not comprehensive but does offer a well-rounded snapshot of some of the prominent, active, dynamic and notable environmental organizations currently working for many green causes, including wildlife preservation, land conservation and climate change prevention.

The Sierra Club, founded in 1892, is one of the oldest conservation organizations in existence. (You can read more about it in the .) With over 1.3 million members, this organization is one of the most effective and powerful at effecting changes in government and corporate America. Fighting for the preservation of land and forest, clean air and water, and a host of other issues, the Sierra Club is well-known and respected.

The Audubon Society’s declared mission is “to conserve and restore natural ecosystems, focusing on birds, other wildlife, and their habitats for the benefit of humanity and the earth’s biological diversity” and since the late 1800s the organization has worked hard to achieve its mission. Interestingly, the original John Audubon, who created the foremost guide to North American birds, was not the founder, but did inspire the organization’s founders, namely . Today bird conservation and Audubon are practically synonymous.

The iconic panda logo has made the WWF instantly recognizable to many people around the world. With 5 million members internationally and over 1.2 million in the States, this 45-year-old wildlife defense organization is going h2. h2ly promoting an emphasis on science, the WWF works to preserve nature and its creatures. From the organization’s website: “We are committed to reversing the degradation of our planet’s natural environment and to building a future in which human needs are met in harmony with nature. We recognize the critical relevance of human numbers, poverty and consumption patterns to meeting these goals.”

Famously unapologetic, EarthFirst! came to national prominence in the 1990s. EarthFirst! is a little different. There’s no slick website. There’s no bureacracy. There are no members. They welcome any and all. The entire premise of this biocentric “movement” as it calls itself is to foster direct action. Founded in 1979 out of disgust at corporate environmentalism and “namby pamby” green action, EarthFirst!ers have famously gotten involved in green issues directly, sometimes breaking the law.

Calling itself a priority, not an organization, the website explains: “Earth First! has survived attacks by moderates, would-be leaders and the agents of the system, remaining the most diverse, passionate, committed, and uncompromising group of environmental activists. Our direct actions in defense of the last wild places only seem radical compared to an entire paradigm of denial and control, where the individual is convinced they are powerless, and the organizations set up to protect the wilderness continue to bargain it away.”

Greenpeace began in 1971 when a group of activists put themselves directly in harm’s way in order to protest nuclear testing off the coast of Alaska. Believing that concerted action from ordinary people is the best way – according to their signature quote from, the only way – the organization has helped to stop whaling, nuclear testing, as well as leading efforts to protect Antarctica. Over 2.5 million members worldwide.

The National Wildlife Federation is dedicated to preserving animals in the United States and works with local agencies in the 48 contiguous states. It is one of the largest environmental organizations, with over 4 million members participating in grass-roots efforts on a variety of wildlife issues. The organization was actually founded by a cartoonist named Jay Darling (aka “Ding” Darling) in 1936 at the behest of President Franklin Delano Roosevelt.

According to the official website: “The Natural Resources Defense Council works to protect wildlife and wild places and to ensure a healthy environment for all life on earth.” The NRDC combines hundreds of active lawyers with over 1.2 million members to create direct and legislative change. The focus is on preventing climate change and saving endangered species, among other goals.

If you’ve shopped for anything organic or sustainable you’ve likely seen the 1% logo. With nearly 1, 000 firms and companies now participating, 1% is helping corporate interests green their bottom lines by giving back to environmental causes. It’s a meaningful start.

“Economic Action for a Just Planet” is the slogan of this green organization that seeks to empower consumers and harness the power of consumers to make the planet sustainable for future generations. They emphasize economic initiatives and actions over other more traditional environmental actions. This business-friendly environmental organization is also considered the gold standard for green businesses to be approved by. Co-Op America focuses equally on social justice and environmental responsibility. (Note: the organization is changing its name to Green America in 2009.)

Certification from the FSC is essential for a green retailer to have genuine “eco cred”. Environmental labels and certifications are not globally standardized, but FSC is one you can trust. This non-governmental nonprofit was established to protect forests. Located in 46 countries, the FSC helps companies, governments and communities with proper forest management and accredidation. Though there are many certifications in the green world, the FSC is the only one that:

The relatively new Rainforest Action Network (RAN) is lauded by various media organizations as being incredibly savvy. Based in San Francisco and Tokyo, the 43 employees and thousands of members create memorable and often stigmatizing (when necessary) to get corporations to clean up their acts. When companies like Home Depot and Citigroup make positive changes that better the environment, RAN is quick to give praise – but never scared to dish out harsh critique.

Since its inception in 1951 the Nature Conservancy has dedicated itself to saving lands and waters. With over 117 million acres sustained, 5, 000 miles of rivers kept clean, and hundreds of marine conservation projects, the Nature Conservancy is one of the most successful and effective green organizations in existence. The science-based approach (they have 700 scientists on staff) is used in all conservation efforts around the world.