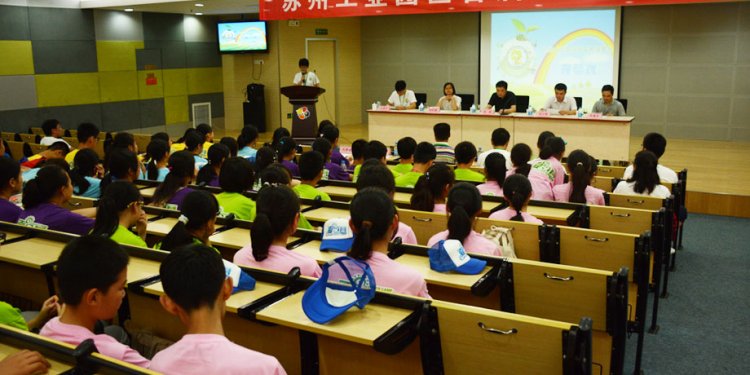 
The environment is a hot topic in the press and classrooms across the world and much has been said about the need for action to protect our planet. If current trends in climate change continue, temperatures could increase between 3 and 6 degrees Celsius by 2050. Such large temperature increases would lead to water shortages for billions of people, reduce agricultural yields, increase malnutrition related deaths by millions and lead to the extinction of a large part of animal species.

Education plays a crucial role in raising awareness of environmental challenges and shaping the attitudes and behaviours that can make a difference. A recently released looks at the role of education in both preparing and providing our citizens with the skills needed for a sustainable and productive future.

A first step in addressing the issue is raising awareness. Many classrooms already discuss important issues like recycling or sustainable consumption. However we need to do much more – results from the last PISA test that looked specifically at show that on average across the OECD, only 19% of students performed at the highest level of proficiency. Students at this proficiency level were aware of environmental issues and understood their complexity, which suggests that they have an adequate understanding of the challenges that climate change presents.

Some countries do better than others: in Canada, Finland and Japan for example, more than 30% of students performed at the highest level of proficiency. However more must be done to improve the level of the poorest performers. On average across the OECD, 16% of students performed at the lowest proficiency level and in countries like Italy, Mexico and Turkey more than 20% of students perform at the lowest proficiency level. These students were unable to answer questions about basic environmental phenomena. They were also much more likely to be overly optimistic about environmental issues and much less aware of the dramatic consequences of inaction.

So, what can be done? The performance of students in environmental science is closely related to performance in traditional science courses (such as physics, biology and chemistry). Better science education in general can thus be combined with specialised courses in order to increase student proficiency in environmental science. The next cycle of PISA (in 2015) will again focus on science issues and will be an opportunity to verify which countries have taken the lead on the topic and which are falling behind.

The need for green skills extends beyond basic education. Vocational education programmes are important in preparing students to be flexible and adaptable to changing standards and requirements. In fact, countries already struggle to provide workers with the right skillset. For example, German and Spanish authorities have signalled a lack in skilled photovoltaic workers to install and maintain solar electrical systems. Such skill shortages are a major impediment to the growth in these green industries. They also make the move to a green economy slower and more expensive than it could be.

For basic education as well as vocational education and training, policy measures such as work-based learning and the provision of better career guidance can be powerful tools to strengthen the link between skills development and the green-growth agenda of countries.

Universities also play an important role. In 2011, 220, 000 students received university degrees in “green” subjects (for example, environmental protection and physical sciences (climactic research, meteorology)) across the OECD. This constitutes a 62% increase in “green graduates” since 1998, which is comparable to growth rates in fields like mathematics and statistics.

Even though it is important that individuals have the right technical skills and scientific knowledge to go green, this alone will not be enough. In order to act effectively, individuals need to be willing to trade off immediate gains (taking the car instead of less convenient public transport, for example, or turning the air conditioning up to maximum on hot days) for long-term sustainability. Making these choices requires critical thinkers who can connect their daily decisions to long-term consequences, not just for themselves, but for society as a whole. Our schools and universities must play their part in preparing us for this challenge.

Links:
Trends Shaping Education 2013
Green at Fifteen? How 15-year-olds perform in environmental science and geoscience in PISA
PISA 2009 Results: What Students Know and Can Do: Student Performance in Reading, Mathematics and Science (Volume I)
OECD Environmental Outlook to 2050
Greener Skills and Jobs, OECD Green Growth Studies