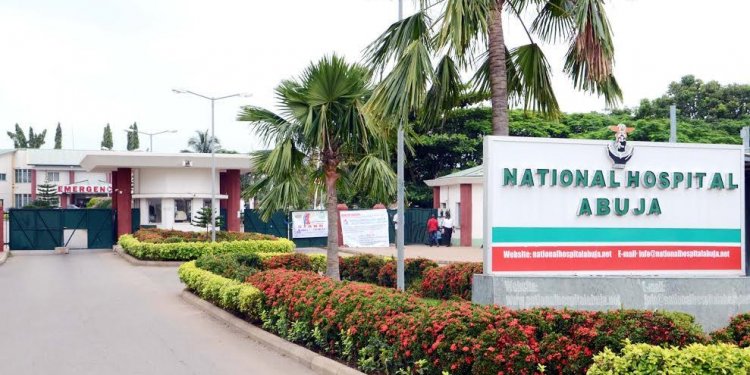 ​OLAYINKA OMOTOSHO: Hi there. My name is Olayinka Omotosho. I'm a Humphrey Fellow of 2012-2013 from Lagos, Nigeria. Back in Lagos I'm Assistant Chief Scientific Officer with the Lagos State Environmental Protection Agency, and I've been there for 12 years. So I have quite a bit of experience in the environmental sector in West Africa, and my mission as a Humphrey Fellow here is to study sustainable solid waste management, and to look at a sustainable options in managing the solid wastes generated in the major city here in the United States, and to see what can be implemented, when I go back home in my country.

Lagos is a state of about 12 million people and we have huge, huge solid waste management issues. I believe that with what I have learned here with the experience I've gained as a Humphrey Fellow, I'm in a good position to, advise my government on know some of the things I feel can be implemented to make the state more sustainable when we talk about solid waste management.

I have worked with the Get Your Greenback Tompkins, which is an arm of the Tompkins County Cooperative Extension. It's an organization that campaigns to raise awareness on sustainability issues across all sectors. Whatever you do, wherever you are, you know that you have a role to play, in helping to sustain the environment. I worked with them. I've been to some of their meetings.

Then I've been to the Department of Environmental Conservation in New York City. I had some meetings with one of their senior engineers, and he was interested in my work, and I was interested in what they do as well. We had several meetings. It was very, very productive. I learned about what the Department of Environmental Conservation does, how they ensure sustainability in New York City, their role in solid waste management, their role in, organizations private and public, work according to the guidelines set by the laws in the city. It was a really good one (meeting) for me and that was quite interesting because that led to my professional affiliation later.

I was actually at several U.S. EPA offices. I was in Virginia, U.S. EPA in New York City and U.S. EPA in D.C. I think I was in four branches of the U.S. EPA all around. I met several people. The U.S. EPA in D.C., which is their headquarters, I was able to have a meeting with four of their senior officials, and I was able to do that because I did extensive research on their website. I looked at projects, on the website that had to do with solid waste management, and communicated with them. I sent emails introducing myself. I sent email telling them about what I did back home and what I was interested in learning here in the United States. Quite interestingly I was invited for a meeting.

I went for the meeting during the opening retreat of the Humphrey Fellowship and surprisingly the lady that invited me for the meeting, heads the international section of the U.S. EPA in D.C., she invited regional people to come to the meeting. So I was able to meet with four, senior officials of the U.S. EPA in D.C., at the same meeting. Quite interestingly two of these officials had been to Lagos, Nigeria and they were cooperating with the Lagos State Waste Management Authority in building, a gas utilization plant in some of the landfills in Lagos. So it was quite interesting. We were able to have very good and productive discussions on what is going on in Lagos, Nigeria and what is presently obtainable in the United States. So, that was how I started building my network. I told them that I was interested in meeting other people in major cities. They introduced me to some of the officials in New York City EPA whom I got to meet later on, and it was quite interesting for me because that that's really good and I just...