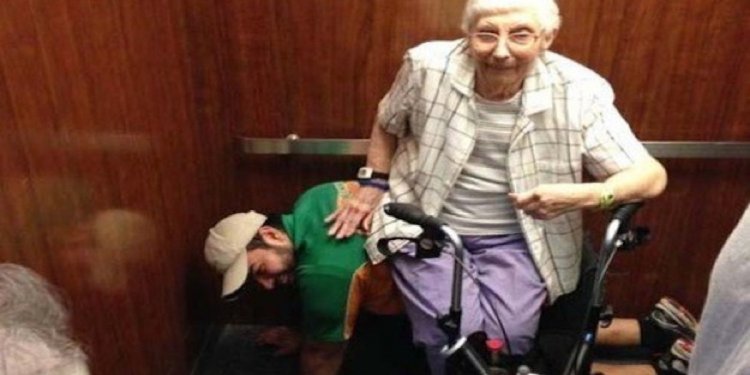 People Doing good deeds For Others

We've all seen how one rotten apple can spoil the barrel. But can one person acting nobly spread goodness in the world?

Absolutely, suggests research by Jonathan Haidt, PhD, an associate professor of psychology at the University of Virginia. Haidt coined the term elevation to describe the emotion we feel when we encounter evidence of what he calls moral beauty. Seeing—or even just reading about—others' courage, compassion, or generosity can not only make us better people but increase the likelihood we'll do good works of our own.

Goodness is catching, in other words. And it doesn't take extraordinary heroics to trigger it. Simple human kindness—a teen stopping to shovel an elderly woman's walk; someone helping a blind person cross the street; a community rallying behind a family in need—can be enough to open our hearts and inspire us to help others.

"There are many kinds of moral beauty, " Haidt points out. "Mother Teresa exemplifies compassion. The firefighters and rescue workers on 9/11 embody courage and heroism. There's also loyalty, kindness, integrity—somebody staying true to their values despite tremendous pressure and threats." Nelson Mandela is an especially powerful trigger, Haidt says, "because he exemplifies forgiveness and vision. To have spent most of his life in prison, then his first words before his release are about working together—I get chills just remembering how I felt when I first heard that."

Chills—and, for some people, tears—are hallmarks of elevation, along with the most common physical sign, a warm, expansive feeling in the chest. New, unpublished research by Haidt and his student Chris Oveis shows that elevation acts on the vagus nerve, which regulates heart rate. When people watching a video of an 11-year-old boy who helps the homeless said they felt a warm glow in the chest, there was a corresponding change in heart rhythms, in a way that has been associated with good health. "When we speak about feelings in our heart, it's not just a metaphor, " Haidt says. "Something really is happening."

Haidt's interest in elevation began with research on its opposite, disgust—a common response to behaviors like hypocrisy, racism, and betrayal. Then, five years ago, Haidt had what he calls a positive psychology awakening. He started wondering what emotion we felt when we looked up rather than down the moral scale, at people behaving in virtuous or superhuman ways. Haidt and his colleagues asked students to recall times when they had seen humanity's better nature at work. Most described acts of unexpected kindness or generosity, one stranger helping another. A follow-up study found that people who watched a documentary on Mother Teresa felt more loving afterward and were more likely to volunteer for charitable work than a group that saw clips from America's Funniest Home Videos.