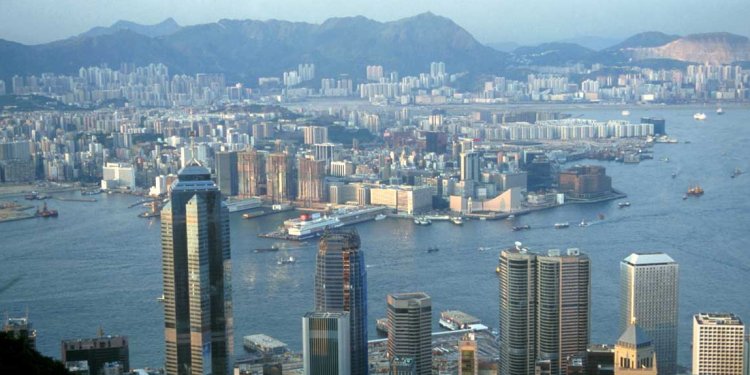 Hong Kong has been facing two air pollution issues, namely local street-level pollution and regional smog problem. Diesel vehicles are the main source of street-level pollution. Smog, however, is caused by a combination of pollutants from motor vehicles, marine vessels, industry and power plants both in Hong Kong and in the Pearl River Delta region. Because of these air pollution problems, Hong Kong has yet to fully achieve the current Air Quality Objectives [see Air Quality Objectives Compliance Status]

The levels of respirable suspended particulates (RSP) and nitrogen dioxide (NO2) at the roadside in Hong Kong have been exceeding the Air Quality Objectives over the years. Motor vehicles, especially diesel vehicles, are the main sources of these pollutants at street level in Hong Kong.

To tackle this problem, the Government has implemented a host of measures to cut vehicular emissions after 1999, such as the incentive programme to replace diesel taxis/light buses with liquefied petroleum gas vehicles, the adoption of tighter fuel and vehicle emission standards whenever practicable, the incentive programme to retrofit old diesel vehicles with particulate reduction devices, providing grants to help vehicle owners to replace their old vehicles with ones which comply with the prevailing emission standard for newly registered vehicles, stepping up the control on smoky vehicles, reduction of first registration tax for environment-friendly vehicles, etc.

The measures had brought some improvements. Compared with 1999, the roadside concentrations of some of the major air pollutants have dropped in 2015: respirable suspended particulates (RSP), sulphur dioxide (SO2) and nitrogen oxides (NOx), have been down by 51%, 70% and 50% respectively, and the number of smoky vehicles spotted has also been reduced by nearly 90%. However, nitrogen dioxide (NO2) at roadside in 2015 remained comparable to 1999.

To further improve the air quality at the roadside and tackle the roadside NO2 problem, we have embarked on additional control measures to reduce vehicle emissions. We have adopted an incentive-cum-regulatory approach to phase out some 82, 000 pre-Euro IV diesel commercial vehicles (DCVs) progressively by end 2019 involving an ex-gratia payment of about $11.4 billion and limited the service life of DCVs newly registered on or after 1 February 2014 to 15 years. We have been funding the franchised bus companies the full cost of retrofitting Euro II and III franchised buses with selective catalytic reduction (SCR) devices, which could upgrade their emissions performance comparable to that of Euro IV or above level. We are also fully subsidizing the franchised bus companies to procure six double-deck hybrid buses and 36 single-deck electric buses for trial.

We have also set up a 0 million Pilot Green Transport Fund to support the testing of green and innovative transport technologies applicable to the public transport sector and goods vehicle. In addition, the Government has starting September 2014 strengthened the control of emission from petrol and LPG vehicles including the use of roadside remote sensing equipment and chassis dynamometer testing.

To control emissions from local vessels, Hong Kong has capped the sulphur content of locally supplied marine light diesel at 0.05% since April 2014. The Government has led by example by powering its fleet with Euro V diesel. With effect from July 2015, ocean going vessels are required to switch to fuel with sulphur content not exceeding 0.5% while berthing. We also collaborate with the governments in Pearl River Delta to explore measures to reduce vessel emissions in the region.