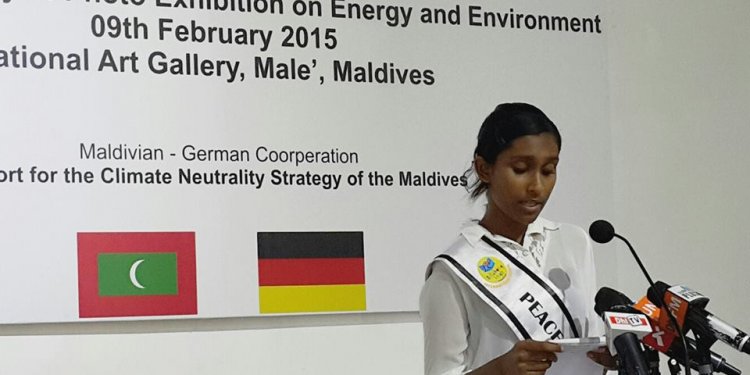 Maldives is a strong supporter of the United Nations and UNDP. In both financial and operational terms, UNDP's country programme for Maldives is quite modest, reflecting the country's improving development status. UNDP works in close consultation with line ministries to help Maldives achieve its ambitious Millennium Development Goal targets (MDGs) as well as the national development priorities articulated in the 2011-2015 United Nations Development Assistance Framework (UNDAF) - the framework under which the UN provides support to the people of the Maldives, and the UNDP country programme 2011-2015.

What do we want to accomplish?

UNDP is working with the Government of Maldives, civil society, other UN agencies, national partners and the Maldivian public to help find solutions to persistent development challenges. For over 30 years, UNDP has been supporting the Maldivian people in areas such as the alleviation of poverty, democratic transition, environment protection, climate change mitigation and adaptation, recovery from natural disasters, and combating HIV/AIDS. Much of this support has focused on developing the capacity of government agencies, civil society and community members to find sustainable and responsible solutions to development challenges. UNDP Maldives has done so through technical expertise, advisory support, policy advice, advocacy, knowledge sharing, and dialogue.

What are our results?

UNDP has been working in the Maldives for more than four decades and as new developments unfold, it builds on the results achieved so far. In this regard, UNDP in Maldives has maintained mutually beneficial relationships with many partners on the ground.

We engaged early in supporting democratic reform in government. This included supporting the constitutional process, and being involved early in establishing a multi-party system. We are supporting the reform of the justice system, and assisting in drafting and advocating for the passage of key legislation such as the new Penal Code and Criminal Procedures Code.

UNDP has supported the roll out of the government’s decentralization programme, and we have also engaged with civil society by providing small grants to help civil society flourish as an important development partner.

Protection of the environment and natural resources is equally critical to sustain livelihoods and the Maldivian economy. So UNDP is working to implement sound environment and energy policies to mitigate impacts of climate change, and support adaptation. In so doing we are facilitating access for vulnerable communities to improve environment management measures. In 2011, the UNDP, Baa Atoll community and other partners supported the establishment of the Baa Atoll as a UNESCO Biosphere Reserve.

Following the creation of the reserve, a Baa Atoll Conservation Fund was established. The government and the private sectors are active participants and contributors to this Fund. By partnering with the Global Environment Facility and the Mangroves for the Future (MFF) Small Grants Programmes, we have initiated small grants projects in several communities to increase environmental awareness and tackle climate change. We have done so by adopting renewable energy sources, introducing proper waste management mechanisms, promoting conservation of endangered species, and restoring sensitive habitats like mangroves and coral reefs.

UNDP is also working to overcome economic and social vulnerabilities in island communities, by providing self –employment training and creating job opportunities.

UNDP also supports reforms in several sectors that help promote trade, provide debt relief, and encourage investments that support ((an inclusive growth approach.)) We facilitate business partnerships between MSMEs and the private sector, by helping form and strengthen cooperatives for community NGOs, and by organizing forums to promote and strengthen partnerships on Corporate Social Responsibility and environmental sustainability.

Our efforts have resulted in the passage of the SME Bill, ratified as an Act in April 2013. Through our farming project we are supporting setting standards and ensuring quality control of agriculture products. We have also assisted in the commercialization of poultry and chilli sauce production and a new farming technique called autopot.