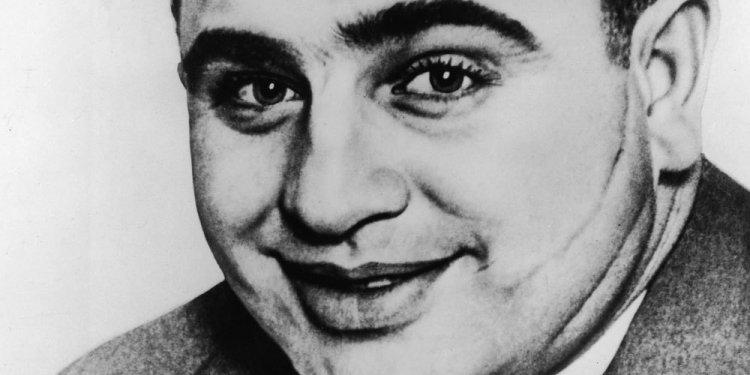 Al Capone started one of the first soup kitchens. The kitchen employed a few people, but fed many more. In fact, preceding the passage of the Social Security Act, “soup kitchens” like the one Al Capone founded, provided the only meals that some unemployed Americans had. They rose to prominence in the U.S. during the Great Depression. One of the first and obvious benefits of a soup kitchen was to provide a place where the homeless and poor could get free food and a brief rest from the struggles of surviving on the streets.

Al Capone was a gangster who made a fortune during the prohibition though bootlegging. He had a bit of the Robin Hood mystique by being charitable from some of the money he made running his criminal enterprise. Being a bootlegger (made/distributed illegal alcohol) during Prohibition (the period in the USA from 1920-1933 when alcohol was illegal) was seen as an acceptable, glamorous, even brave thing to do by the public. But it’s well-known that he had brutal methods murdering enemies, extorting local businesses, bribing public officials, intimidating witnesses.

Al Capone’s intentions were an effort to clean up his image. “120 000 meals are served by Capone Free Soup Kitchen” the Chicago Tribune headlined on December 1931. Al Capone’s soup kitchen became one of the strangest sight Chicagoans had ever seen. An army of ragged, starving men assembled three times a day beside a storefront at 935 South State Street, feasting on the largesse of Al Capone. Toasting his health. Telling the newspapers that Capone was doing more for the poor than the entire U.S. government. He was even offering some of them jobs. Capone milked his good works for all the favorable publicity they were worth. He came down and walked among the men, the wretched of the earth, offering a handshake, a hearty smile, and words of encouragement from the great Al Capone.

During November and December, Al Capone’s soup kitchen kept regular hours, serving breakfast, lunch and dinner. Thanksgiving Day 1930 was a particular public relations triumph for Capone. On that day he could boast that he fed more than 5, 000 hungry men, women, and children with a hearty beef stew. The kitchen was demolished in the 1950’s, but used to be located at the corner of 9th and State Street. The site is now a parking lot.