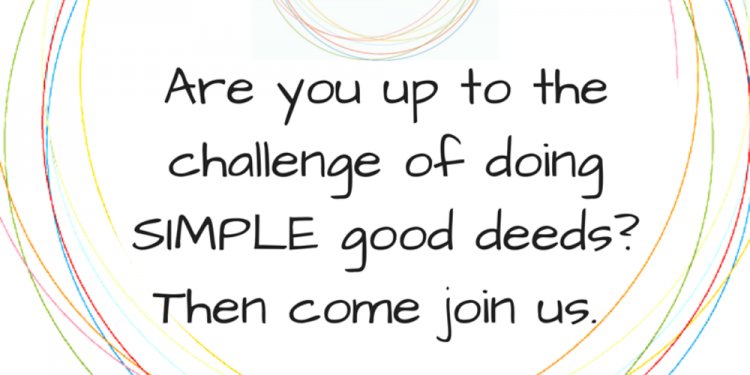 Beginning on Saturday of this past weekend, the phrase made popular by Gene Wilder's character in the 1971 film, "Willy Wonka and the Chocolate Factory, " "So shines a good deed in a weary world, " has been dancing around in my head. I guess it would be logical for me to assume the timing was sheer coincidence given Gene's passing from this weary world this past Monday. I choose to believe it wasn't coincidence, but rather divine timing.

NASHVILLE, TN - I've been feeling the weight of the weariness in this world as of late, and it feels very, very heavy. Still God has been showing me the bright light which radiates from a simple good deed in a variety of ways.

One such way occurred on Saturday. I was in my small, Ohio hometown for the weekend meeting my new baby twin niece and nephew and visiting with family. While out for a morning run, I spotted an old man standing on the side of the road by his mailbox with his walker.

As I glanced up and caught sight of what was unfolding about 50 yards in the distance I saw the older gentleman stand hopelessly watching his just-retrieved mail catch the wind and blow down the highway. I wasn't yet close enough to help, but I saw him stand there and watch, unable to undo what had just been done. Everything about his stance and the way he held his body transmitted his hopeless feeling into the receptors of my heart. I felt it for him and as I picked up my pace to go help him but God sent other helpers instead.

From this moment on we are all changed (even if only ever-so-slightly) from who and what we were prior to that moment. We are changed to see the radiance of a good deed in a weary world, and you too are now being changed by that same good deed of those kids because your heart is absorbing the emotions attached to the good deed and you will carry it with you now as well. It has seeped into your mind and you are now changed by the mere knowing that it happened.

What a beautiful thing, the way that works. It's also an imperative reminder that it works the other way around too. Just as a good deed shines in a weary world, an act of malice darkens hearts, even if only a shade or a fraction of a shade. Our hearts are brightened and dimmed by our encounters and experiences in this world.

As I walked through the halls at my place of work on Monday morning, before the news of Gene Wilders' passing, "So shines a good deed in a weary world, " looped in my head. I knew there was something to it, perhaps a blog post or a lesson I needed to learn, or something I needed to dig into a little deeper - most likely all of those things.

To be honest, I never read the book so I don't know if Roald Dahl, the author of the 1964 novel that was later adapted for film, was the one who wrote that line, or if it was materialized when Dahl and David Seltzer turned the story into a novel, or if it was ad libbed by Wilder himself at the time of filming. I'm not sure where that line came from, but I believe the birth of the line (whenever it occurred) was a type of divine intervention all by itself.

You can imagine my utter shock when I did finally hear the news of Gene's passing on Monday. It's nice to see you are still shining even as you left this weary world, Gene. Thank you for being a channel in which that most simple, yet profound lesson could be transmitted out into this weary, weary world. Thank you for changing our hearts and showing us a little light. May you continue to shine.

What are good deeds?