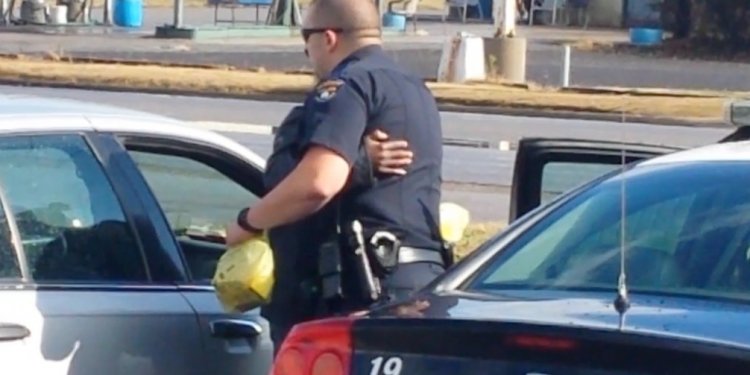 What started out as a routine call the public would likely never have known about turned into one of the week's most viral videos.

Officer William Stacy of Tarrant, Alabama, responded to a shoplifting call at the local Dollar General, where a woman was being held for stealing a dozen eggs. Officer Stacy recognized the woman, having been called to her house once before.

The team at Dollar General decided not to press charges against the woman for attempting to steal the carton of eggs. Instead of arresting the woman, the officer paid for the eggs and gave her a hug.

The uploader, Robert' Dollar' Tripp, wrote: "I was in Tarrant city today and a lady was caught red handed stealing eggs ...Instead of the police taking her to jail he bought the items. she was stealing an gave them to her..#feelgoodstoryoftheday."

Officer Stacy told WIAT, "After all the stuff that's been going on all over the U.S. with law enforcement officers, this is a positive uplifting story, " he said. "I'm just one out of hundreds of thousands that do this on a daily basis."