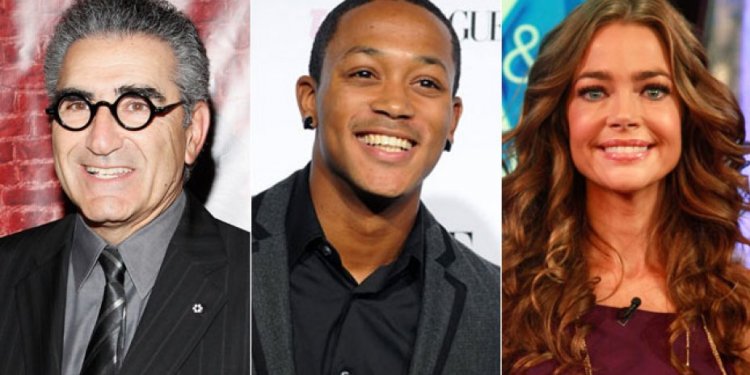 Tyler Perry was joined last night in Hollywood by the star-studded cast of "Good Deeds" for the flick's Valentine's Day premiere.

Perry serves as the writer, director, producer and lead actor in the movie, which casts him as a highly successful businessman that is forever changed after forming a friendship with a homeless single mom that works as a custodian in his office building.

That cleaning lady is played by the beautiful British actress Thandie Newtown, who looked stunning on the red carpet in a chic gold lace Temperley dress. And we absolutely loved the bold red lip and curly top-knot bun that completed her showstopping look.

And Newton's co-star Gabrielle Union looked lovely (per usual) in a taupe floor-sweeping gown with a plunging neckline. And model Beverly Johnson, who was just in New York City taking in the Fashion Week festivities flew out west to fete the movie, which she has a small role in.

Here's a look at all the red carpet fab!