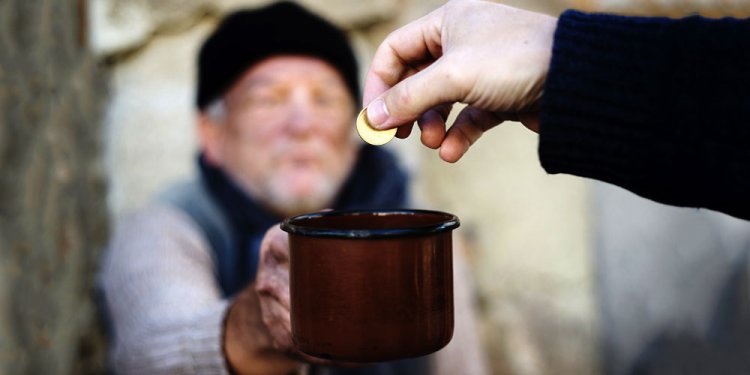 What is good deeds About?

I witnessed one of the most wonderful displays of charitable giving when I was 16 years old. You see, I was in love with a boy named Brian, who was a bit of a hippie. He had long, wavy, brown hair, which he tied back with a black cord. He had a very peaceful attitude, and he lived in a pair of beat-up, broken-in, faded overalls, which I coveted because they looked tremendously comfortable. But let’s get real: beyond comfort, they were Brian’s favorite item of clothing, and I wanted to slip into them and never take them off.

They had his smell, which I loved. Brian smelled like Dr. Bonner’s Peppermint Soap, fresh air and good genes. Oh, how I loved Brian. But he was in love with someone else, so we remained “just friends.”

One Christmas, his parents decided to give him a brand new pair of (very stiff, very blue) overalls. They were probably sick of him wearing the old ones, which, by the way, did have a few holes. I saw it as my chance to get those pants once and for all. I sweetly asked Brian if I could have his old ones since he just got a new pair of overalls.

Brian, being the kind, peaceful guy that he was immediately said “OK.” Now, I so wanted him to take them off and hand them over.

That night, the day after Christmas, Brian came to my door. But something was wrong. He was still wearing his signature overalls. Yet, in his hand, he had a big, beautifully-wrapped present.

And I was right. Upon opening the box, I saw that he had indeed decided to give me the new pants because (of course) new pants were much better than 10-year-old pants rife with holes.

I tried to look appreciative. “Oh, the new ones, ” I said, taking them out of the box.

And then I had the nerve to say, “But I wanted the old ones.”

“You don’t want these old things, ” he said.

And it was settled. The new pants didn’t smell of peppermint, fresh air and good genes; they smelled of sizing. I had nothing left to do but to wear them. I did wear them, but not with the joy I would have had from wearing Brian’s beloved, ancient pants.

Looking back, I can see now that Brian was a true giver. He believed in sacrifice, and he wanted me to have the best part of the deal. Giving made Brian happy.

Giving can make us all happy. Giving is a huge part of being mentally healthy.

I’m learning this more and more as I grow older. I guess I know what it’s like to struggle, and I desire to help people who are in need. I’m 53, and I’ve never been more generous in my whole life. I give regularly to two charities — Covenant House in New York City and Haven of Rest, the local homeless shelter in Akron, Ohio, my hometown. Covenant House just called and asked me to consent to donating money to them on a monthly basis through my credit card. I didn’t bat an eye; I’m now a regular, monthly contributor to this wonderful charity that helps at-risk kids.

Besides formal charities, I also have made it my business to help needy people in my immediate circle. One of my girlfriends is down on her luck; she became disabled and got divorced. Before she got on disability, I helped her out monetarily and took her places because she doesn’t own a car. We picked up her medicine, got groceries and frequented the thrift store.

A neighbor of mine is elderly and very sick. How I give to him is by calling him on the telephone regularly to check up on him. I try to extend my hand of friendship. I can tell he appreciates it. We gossip about the folks in the neighborhood, and for a moment, he forgets his illnesses, and just enjoys himself.

If you’re not in the habit of doing charitable works beyond helping your immediate family, I suggest you look into it. Giving is good for the soul. I guarantee, you’ll feel ten times better than you do not giving charitably on a regular basis. And the person you aid will feel better, too. Giving is, of course, a win/win situation.

We all know the old saying: it’s nice to get, but it’s much nicer to give.

Brian was one of the people who taught me this, back when I was just a teenager.

Brian and I are still friends. Our kids go to each other’s birthday parties. He still has that beautiful, toothy, boyish grin that can make me go gaga.

Where is good deeds playing?