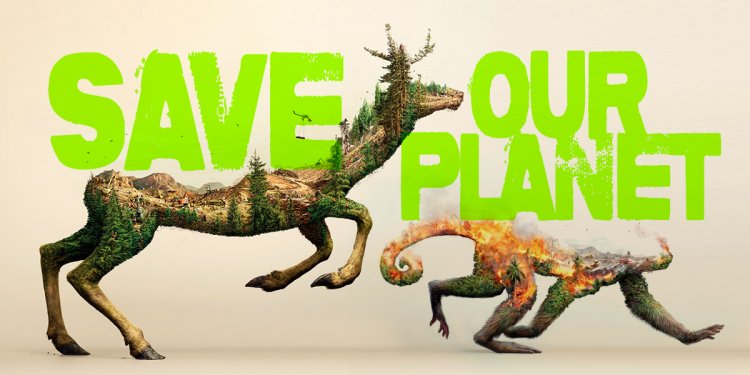 This post contains 151 environmental quotes from great conservationists, naturalists and environmental activists like Al Gore, John Muir, John James Audubon, Gaylord Nelson and many more. These quotes have been taken from various sources on the internet. If you have any of your favorite environmental quote that we missed and you would like it to be included here, please send it to us through our contact us page.

Lets nurture the nature, so that we can have a better future.
~Anonymous

I think the cost of energy will come down when we make this transition to renewable energy.
– Al Gore

We need to invest dramatically in green energy, making solar panels so cheap that everybody wants them. Nobody wanted to buy a computer in 1950, but once they got cheap, everyone bought them.
– Bjorn Lomborg

The planet Earth, though not threatened with destruction by man-made global warming, is by no means indestructible. There are many unpredictable events within our solar system, and still more outside it, that could make Earth uninhabitable by humans.
– Paul Johnson

Compared to coal, which generates almost half the electricity in the United States, natural gas is indeed a cleaner, less polluting fuel. But compared to, say, solar, it’s filthy. And of course there is nothing renewable about natural gas.
– Jeff Goodell

Clearly, we need more incentives to quickly increase the use of wind and solar power; they will cut costs, increase our energy independence and our national security and reduce the consequences of global warming.
– Hillary Rodham Clinton

We feel strongly that industrial wind is a false solution to climate change, and remain committed to defending Maine’s mountain forests as a carbon-sink and as habitat for rare and endangered species.
– Jessie Dowling

Rely on renewable energy flows that are always there whether we use them or not, such as, sun, wind and vegetation: on energy income, not depletable energy capital.
– Amory Lovins

Breaking America’s oil addiction would not lead to a future of sackcloth and ashes.
– Colman McCarthy

I see this [biodiesel] as a way for the farmer to grow fuel and food and put him back in business again.
– Willie Nelson

I believe that the U.S. can and should be a global leader in the development of alternative energy sources…
– Barack Obama

The wind farm business is an immense folly inflicted on a gullible public by big business, with the collusion of big government, at enormous expense to taxpayers and the environment, with shockingly little energy benefit.
– Christopher Barnes

Really, if it weren’t wind, the environmental groups would be out there screaming their heads off about the destruction that’s going on.
– Stephanie Kaplan

The word “energy” incidentally equates with the Greek word for “challenge.” I think there is much to learn in thinking of our federal energy problem in that light. Further, it is important for us to think of energy in terms of a gift of life.
– Thomas Carr

We simply must balance our demand for energy with our rapidly shrinking resources. By acting now we can control our future instead of letting the future control us.
– Jimmy Carter

Because we are now running out of gas and oil, we must prepare quickly for a third change, to strict conservation and to the use of … permanent renewable energy sources, like solar power.
– Jimmy Carter

The risks of transporting deadly nuclear waste, the environmental justice impacts and the long-term health effects of both these projects are untenable…We cannot afford to be silent on these important issues.
– James Cromwell

The way to bring gas prices down is to end our dependence on oil and use the renewable sources that can give us the equivalent of $1 per gallon gasoline.
– Al Gore

It’s very important that we expand our use of clean energy and make a long-term commitment to it.
– Julia Roberts

The Age of Oil has really exhausted its usefulness, and it has actually become a danger to our lives and our ability to survive on the planet.
– Dennis Weaver

The two most abundant forms of power on earth are solar and wind, and they’re getting cheaper and cheaper…
– Ed Begley, Jr.

The climate challenge illustrates how we have to change. The developing countries need more support and opportunities to develop and use clean energy. Because if the current situation continues, then the world will not be able to handle this burden.
– Gro Harlem Brundtland

Every time you look up at the sky, every one of those points of light is a reminder that fusion power is extractable from hydrogen and other light elements, and it is an everyday reality throughout the Milky Way Galaxy.
– Carl Sagan

We can create a more sustainable, cleaner and safer world by making wiser energy choices.