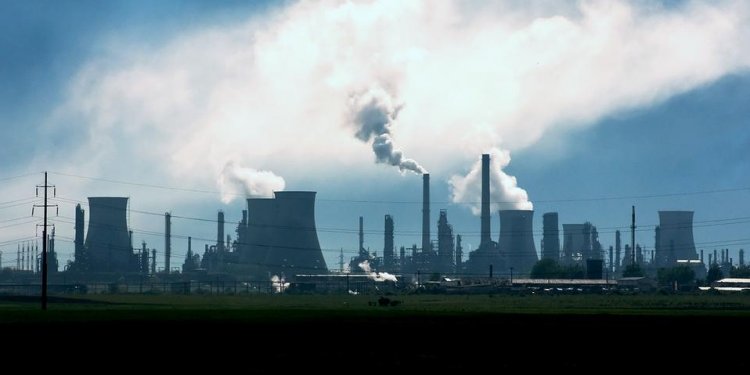 The U.S. Environmental Protection Agency (EPA) is the primary regulatory agency of the federal government responsible for pollution control. EPA's

A worker is undergoing a decontamination process. (

)
stated mission is to protect human health and to safeguard the natural environment—air, water, and land—on which life depends. The EPA was created in 1970 as an outgrowth of the burgeoning environmental movement in the United States during the 1960s. President Richard M. Nixon signed the Reorganization Plan No. 3 of 1970, the legal document that established the EPA. Although at that time a number of federal environmental programs already existed, they were scattered throughout several different federal agencies. For example, the Federal Water Quality Administration of the Department of the Interior was responsible for certain water pollution programs, the Department of Agriculture was responsible for the regulation of pesticides, and the Department of Health, Education and Welfare was responsible for air pollution and solid waste management. The creation of the EPA was an attempt to consolidate these environmental programs in a coordinated way under the control of one agency with clear-cut responsibility for environmental protection. The EPA opened its doors for business on December 2, 1970, less than eight months after the first Earth Day celebration.

The EPA is one of many independent agencies of the executive branch of the U.S. government. It derives its authority to carry out pollution-control

) programs through statutes passed by Congress. Although there have been several unsuccessful efforts over the years, especially during the late 1980s and early 1990s, to make the EPA a cabinet-level department, it remains an independent agency. EPA's administrator is appointed by the president, but must be confirmed by the Senate. Although not a member of the cabinet, the administrator is directly responsible to the president. The EPA has a number of assistant administrators who oversee offices with responsibility for EPA's primary programs, including air and radiation; enforcement and compliance assurance; international affairs; prevention, pesticides, and toxic substances; research and development; solid waste and emergency response; and water.

In addition, the EPA has ten regional offices throughout the United States. Each of these is responsible for working with the states in its region to implement and enforce EPA's regulations. Within these various offices and regional centers, the EPA carries out wide-ranging duties related to environmental protection, including:

The EPA has achieved many significant successes in implementing these programs. One of the agency's earliest accomplishments was banning the pesticide DDT in 1972 after it was found to accumulate in the food chain, where it threatened wildlife populations. This ban, enacted fewer than two years after the formation of the EPA, had particular significance because the environmental risks associated with DDT, about which Rachel Carson warned the public about in her 1962 book Silent Spring, were in large part publicized and disseminated by the environmental movement. Some of EPA's other early accomplishments include the 1973 ban on lead in gasoline; funding to build an advanced network of sewage-treatment facilities to prevent raw sewage from flowing into the nation's waters; establishing discharge limitations for industrial water pollution under the Clean Water Act; the establishment of health-based standards to protect the public water supply under the Safe Drinking Water Act; the 1978 ban on the use of chlorofluorocarbons (CFCs) as propellants in most aerosol cans to protect the ozone layer; and the 1980 establishment of the Superfund program for hazardous waste cleanup.