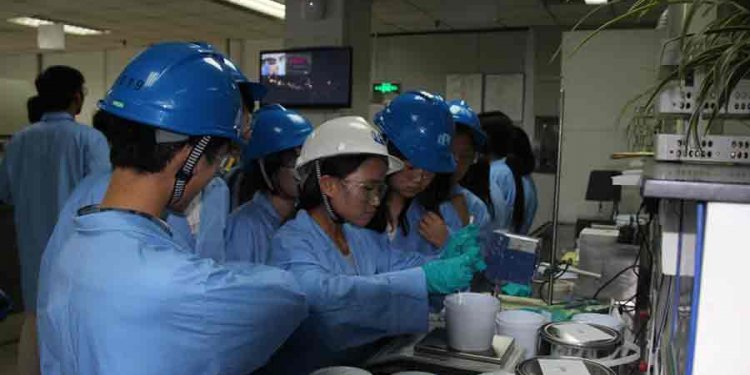 In Mumbai, Hindus carry twenty-foot-tall plaster of Paris idols of the elephant god Ganesh into the sea and leave them on the ocean floor to symbolize the impermanence of life, further polluting the scarce water resources of western India. In Hong Kong and Singapore, Taoists burn paper money to appease “hungry ghosts, ” filling the air with smoke and dangerous toxins. These are some of the instances of religious practice colliding with environmentalism that humorist and law professor Jay Wexler investigated for his new book that came out this month, When God Isn’t Green. Over two years, he made a round-the-world trip to understand the complexity of these problems and learn how society can best address them. We caught up with Wexler to ask him about his journey and how we can work toward ecofriendly rituals.

Tell us what sparked your interest in writing about the intersection of religious practices and the environment.

I’ve been teaching courses in environmental law and church/state law for at least a dozen years now, and so whenever I’ve been teaching an environmental law class and something about religion came up, I’d note it in my head, and vice-versa. I always thought I’d write something about the question of how the legal system should deal with religious practices that harm the environment, but I didn’t know it would be a book until I tried selling a book idea about bald eagles (many Native Americans use bald and golden eagle feathers for their religious rituals, but possession of these feathers is illegal under federal law) and nobody was interested. So with the help of Helene Atwan, the Director of Beacon Press and maybe the best editor in the business, we broadened the topic out to cover religious practices around the world that harm the environment.

So, in the big scheme of things, how much pollution and environmental harm are we talking about?

On the whole, the amount of pollution is modest. Nowhere near the amount of pollution, for instance, that comes from manufacturing or transportation. Still, though, in certain places at certain times, the pollution can be quite significant and can have a real impact on the environment and public health. But the total amount of pollution is not really the point. The point is that we will inevitably see conflicts between religious freedom on the one hand and environmental protection on the other, and we have to figure out how to balance those important values when they clash.

The issue of big business comes up in the production of Ganesh idols for Ganesh Chaturthi celebrations in India, Buddhist ‘mercy releases’ of captured animals in Taiwan, and harvesting palm fronds in Guatemala and Mexico for use in Palm Sunday celebrations in the US. What role does this venture play in environmental harm?

Big business is definitely involved with some of these practices, and its involvement makes it that much harder to deal with these problems. Once someone is making money off a practice, like the sculptors in Mumbai or the trappers of small animals in Taipei, it’s a lot easier for a practice to become entrenched and gain momentum. At this point, it often becomes more important for law to take an active role in breaking the hold of big business and give the environment a chance.

When you were in India, one of your guides said the tradition of taking Ganesh idols to the Ganges has ruined Mumbai’s beaches. On the other hand, the sculptor of Ganesh dolls you met with said the pollution is minor. How is a healthy compromise between religious practice and environmentalism possible with these differing viewpoints?

As important as it is for religious practices to be ecofriendly, you point out that government regulations can take away the vitality and vibrancy of the practices. How so?

My worry is that if the government is not sensitive to the nature of religious ritual and the needs of religious believers to practice in traditional ways, it may over-regulate religion and reduce it to a bland and lifeless version of its former self. For example, in India, the state has set up these temporary pools for people to come and immerse their idols in so that the idols don’t pollute the actual water bodies. The idea is great, and for right now it’s voluntary. But when I visited these pools, nobody was using them, even while just around the corner at the beach there were thousands of people actively worshipping and chanting and dancing and immersing their idols in the sea. I worry that if all of a sudden the government were to, for example, require the use of these pools, we would lose all of that vital religious activity that I saw at the beach.

So how much should governments regulate religious practices without interfering too much?