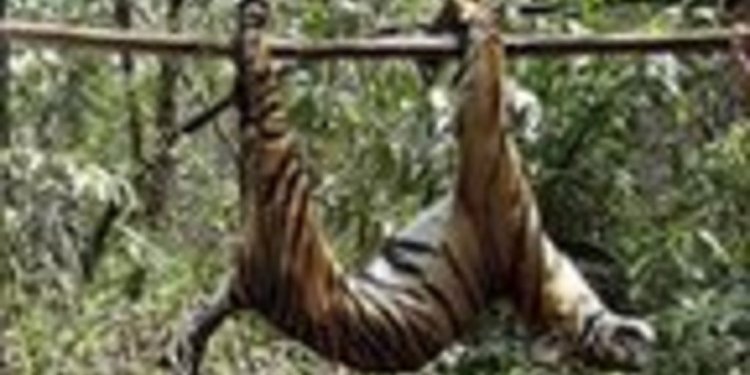 Each time the Environmental Protection Agency is before the Supreme Court these days, it gets a reminder that it is not likely to get the benefit of the doubt that it used its regulatory powers entirely legally. It did seem, as the ninety-minute argument on and two companion cases (and ) unfolded on Wednesday, that any gaps in the record it makes may count heavily against it; good intentions, if it had them, won’t count.

The agency’s decision to regulate the emissions of mercury and other poisonous chemicals from the stacks of electricity-generating power plants that burn coal came out of the argument with clear support from only three Justices and possibly a fourth, offset by clear opposition from two and probably three others. That put into play the votes of Chief Justice John G. Roberts, Jr., and Justice Anthony M. Kennedy.

As the hearing unfolded, the Chief Justice got involved slowly but, after he joined in, went from somewhat skeptical to openly critical of whether the EPA had justified its approach to those utility plants. Justice Kennedy started out seeming to want to believe that the EPA had put itself on solid legal ground, but he, too, grew more hesitant about that as the argument progressed. If both wind up dissatisfied, the EPA at least may have to reconsider, and might lose altogether.

The hearing was dominated by two overall issues: did Congress really want the power plants to be treated differently from all other sources of hazardous air pollutants — which the EPA ultimately decided not to do, and did the EPA stubbornly refuse to take into account, when it would have been important to do so, what it would cost those plants to reduce significantly their pollution output?

Justices Ruth Bader Ginsburg, Elena Kagan, and Sonia Sotomayor appeared content, throughout, to accept that the EPA did exactly what Congress had mandated, and Justice Stephen G. Breyer kept thinking up ways that the EPA could justify the result — including a scenario that Breyer and his clerks had thought up in a chambers discussion of this case. In the end, it seemed, Breyer might well side with the EPA, with some reluctance.

Justice Antonin Scalia, often a strong critic of the EPA, left no doubt whatsoever that he was ready to side with the power plants’ claim that the EPA had botched the job. Justice Samuel A. Alito, Jr., repeatedly kept pressing the same line of questions — if Congress did not want power plants to get some specialized treatment, why did it set up a separate regime for them? He would accept no response which suggested that the EPA had reasons to depart from that scenario. That duo would be likely to draw Justice Clarence Thomas to join them, although, as usual, he said nothing during the argument.

The Chief Justice remained totally silent as two lawyers for the challengers — twenty-one states and trade groups for the power plants and for the coal-mining industry — made their case against the EPA for failing to consider costs of compliance from the very outset of its consideration of power-plant emissions.

For all of the difficulty that those two lawyers — Michigan Solicitor General Aaron D. Lindstrom and industry lawyer F. William Brownell — had with Justices Kagan and Sotomayor in particular, they got hefty support from Justice Scalia, who voiced industry’s key point that the cost of compliance far outran any monetary value of benefits to health or the environment.

As soon as U.S. Solicitor General Donald B. Verrilli, Jr., started his defense of the EPA, Chief Justice Roberts asked the first question, and, after that, increasingly bore down on the agency’s failure — as the Chief Justice saw it — to explain just how it was taking industry costs into account, if it actually did at any point. On the cost issue, the Chief Justice said bluntly, the EPA had “tied its own hands.”

When Verrilli insisted that costs came into consideration at the point where Congress had intended them to be a factor, the Chief Justice said that was not revealed clearly in the record, and the Court would not credit something that was only “implicit.”

Later on, Roberts flatly accused the agency of making an “end run” around its duties under the Clean Air Act, by calculating health benefits that were from sources other than the one pollutant it actually targeted: mercury. The Solicitor General tried to counter that the EPA, in dealing with the power plants, took an approach that it had followed for decades, and which federal courts for decades had validated.

By the time Verrilli had finished, he could have had no basis for believing that the Chief Justice’s vote was within his reach.

With that prospect, the role that Justice Kennedy took on during the argument seemed as if, once more, his vote could well be the deciding one.

When the lawyers for the states and industry were at the lectern, Kennedy several times showed apparent sympathies for the EPA. He said Congress had used “capacious” language in telling the EPA what to do about the power plants — a description that seemed to suggest the agency had wide discretion to choose the particular approach.

Kennedy actually got the industry lawyer, Brownell, to concede that it was too much to say that Congress had made a cost analysis mandatory any time that the EPA took any action to enforce the Clean Air Act. It was in the specific context of the power plant rules, the lawyer said, that the cost consequences had to be taken into account.

But, when the Chief Justice remarked that it would be “very unusual” for a government agency regulating industry to believe that it was barred from considering costs, Kennedy chimed in that he was wondering about that, too. He asked whether the EPA could have dealt with the costs at the very outset. Verrilli conceded that it was not “precluded” from doing so, but chose to do so later in the process, when it was writing actual pollution control limitations for the power plants.

Later on in the argument, Kennedy blurted out a comment that seemed to reflect a distinct hardening of his skepticism. After an exchange between Justice Sotomayor and Verrilli, about the point at which the EPA did consider industry costs, in writing final emission standards, Kennedy, seeming somewhat agitated, remarked: “At that point, the game is over.”