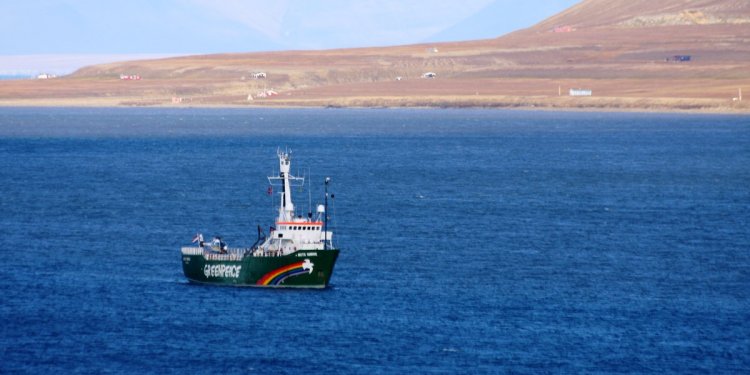 U.S. Arctic policy emphasizes environmental protection, sustainable development, human health, and the role of indigenous people and other Arctic residents as stakeholders in the Arctic. The U.S. seeks to promote the viability and socio-economic well-being of Arctic communities. In addition, the United States is determined to support scientific research and broaden international cooperation in achieving Arctic objectives.

United States Arctic policy is based on six principal objectives:

The United States has been an Arctic nation with important interests in the region since the purchase of Alaska from Russia in 1867. At that time, national security and economic development were key U.S. interests. While this remains true today, significant changes in the international political arena, scientific and technological developments, and increasing global interdependence have created new challenges and opportunities for the State of Alaska, the United States, and all other Arctic nations.

In 1991, the United States joined the seven other Arctic countries (Canada, Denmark, Finland, Iceland, Norway, Russia, and Sweden) in establishing the Arctic Environmental Protection Strategy (AEPS). The AEPS was a Finnish initiative to address a variety of environmental protection issues in the Arctic. Four working groups were established under the AEPS to focus on environmental monitoring and assessment, conservation of flora and fauna, emergency preparedness, and marine protection. These working groups remain active today (see below for further details about the working groups).

After several years of working on pan-Arctic environmental issues within the AEPS, member states, at Canada's initiative, decided to expand the focus of the AEPS to deal with issues of sustainable development in the Arctic. To this end a new entity was formed with the signing of the "Declaration on the Establishment of the Arctic Council" in Ottawa on September 19, 1996.

The Arctic Council website, includes links to all the working groups, information on activities, projects, and upcoming events, and the archives of meeting documents, press releases, etc.

The Working Groups of the Arctic Council

U.S. Arctic policy recognizes that cooperation among Arctic nations can contribute to the coordination of scientific research in the region. The U.S. Interagency Arctic Research Policy Committee, with advice from the U.S. Arctic Research Commission, coordinates federal efforts to produce an integrated national program of research, monitoring, assessments, and priority-setting for the Arctic region that most effectively uses available U.S. Government resources. This major project of the Arctic Council will evaluate and synthesize knowledge on climate variability, climate change, and increased ultraviolet radiation in the Arctic region and their consequences. The assessment will encompass environmental, human health, social, and economic impacts. ACIA will provide recommendations for follow-up measures relevant to national and international policy. Through SDWG, the Arctic Council addresses issues such as health, telemedicine, cultural tourism, and transportation. The United States believes that member states should be encouraged to pursue sustainable development projects that are in line with their respective national interests, and that countries with similar interests should work together on projects which are beneficial to their Arctic stakeholders. PAME proposes international guidelines for offshore oil and gas development in the Arctic, and collects information on Arctic shipping activities. It has prepared a regional action plan for the control of land-based sources of Arctic marine pollution. EPPR provides a framework for responding to environmental emergencies in the Arctic. For example, the Working Group works to prevent, prepare for, and respond to environmental threats posed from accidental discharges of pollution. CAFF works for the conservation of biodiversity in the Arctic by supporting an international network of protected areas and through other conservation practices. AMAP assesses the health and ecological risks associated with contamination from radioactive waste, heavy metals, persistent organic pollutants (POPs) and other contaminants. It also recommends targeted monitoring of regional environmental developments.
The Arctic Council provides a high-level intergovernmental forum to address environmental protection and sustainable development issues in the Arctic region. The eight founding nations of the AEPS comprise the member states of the Arctic Council. Arctic indigenous representatives hold permanent participant status, and several other nations and international organizations are observers. The Council meets every two years at the ministerial level to coordinate Council activities and oversee the work of the five working groups and other projects as noted below. Senior Arctic officials from each member state meet more frequently to provide for liaison and coordination. Highlights

Conference on the United States, Climate Change and the Arctic
Evan Bloom, Deputy Director for Polar and Scientific Affairs, Office of Oceans Affairs
"The first ten years of the Arctic Council were a great success in our view, in no small part because of our great working relationship with our northern neighbor." full text